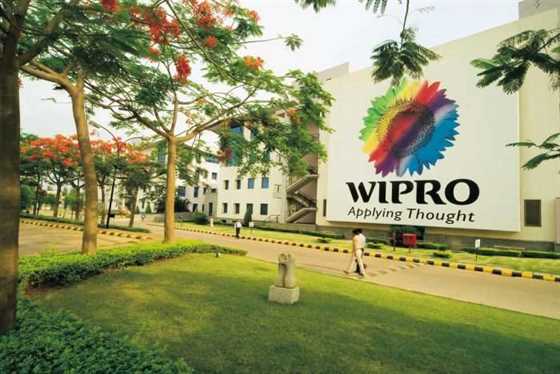 Three Wipro employees in Kolkata have been arrested in connection with a security breach in the customer records of a UK-based telecom client TalkTalk, a development that could have major implications for the IT company.

A TalkTalk spokesperson said it is reviewing its relationship with Wipro. The British media carried the news on Wednesday, given that TalkTalk is a major fixed line broadband and voice telephony services company, with revenue of 1.7 billion pounds.

TalkTalk had suffered a major cyberattack in October that had compromised the personal and financial details, including bank account information, of some 1,57,000 customers.

For Abidali Neemuchwala, who takes over as Wipro CEO on February 1, this would perhaps not be the kind of beginning he had looked forward to. Industry analysts said he would have to tighten internal controls in the BPO operations and may take disciplinary action against senior executives to assuage client concerns. And this at a time when the company needs to focus on improving its growth rate, which has been significantly lagging those of peers.

The criminal acts by the Wipro employees were discovered when TalkTalk conducted a forensic review of all its operations following the October cyberattack. The forensic review was to ensure that all aspects of TalkTalk’s security — including that of its suppliers — were as robust as possible. It had hired defence company BAE Systems to investigate the cyberattack.

“As part of the review, we have been working with Wipro and the local police in Kolkata. Acting on information supplied by TalkTalk, the local police have arrested three individuals who have breached our policies and the terms of our contract with Wipro,” the TalkTalk spokesperson said.

TalkTalk, which competes with British Telecom and Virgin Media, selected Wipro BPO as one of its strategic partners for its outsourced contact centre operations in 2011. Over 1,000 employees at Wipro’s Kolkata centre are involved in providing customer and technical support services for TalkTalk’s broadband and fixed-line telephony. Since 2011, the BPO contract has expanded to cover mobile and IP TV services.

Sources told TOI that the size of deal could be 70 million pounds spread over six years. But this could not be confirmed. TalkTalk spokesperson Isobel Bradshaw said, “Sadly, we cannot comment on the details of our relationship or contract with Wipro, as it is commercially sensitive.”

Wipro helped TalkTalk reduce complaints that cause customer churn. Wipro is using analytics to understand customer behaviour with relevant and customized interactions. The partnership with Wipro was expected to help TalkTalk reduce $2 million in cost annually and increase $1 million in its revenue through improved ARPU. Wipro’s 5,000-employee contact centre in Kolkata does work for other clients including Vodafone.
When TOI contacted Wipro on the matter, the company said it is committed to maintaining the integrity and confidentiality of all customer data and has a zero-tolerance policy on security breaches.
“Working with our customer, Wipro reported potential illegal activity to the relevant law enforcement authority in India, as soon as it came to the company’s attention. Wipro is working closely with the customer in the investigation and will continue to extend its full co-operation to the investigating authorities. We are unable to comment on the matter that is currently under investigation,” a statement said.
Infosys’s BPO operations had suffered a similar embarrassment in late 2014 when it was found that several junior and mid-level employees had participated in the overbilling of Apple, a major Infosys client. It led to the exit of the CEO and CFO of the BPO operations.