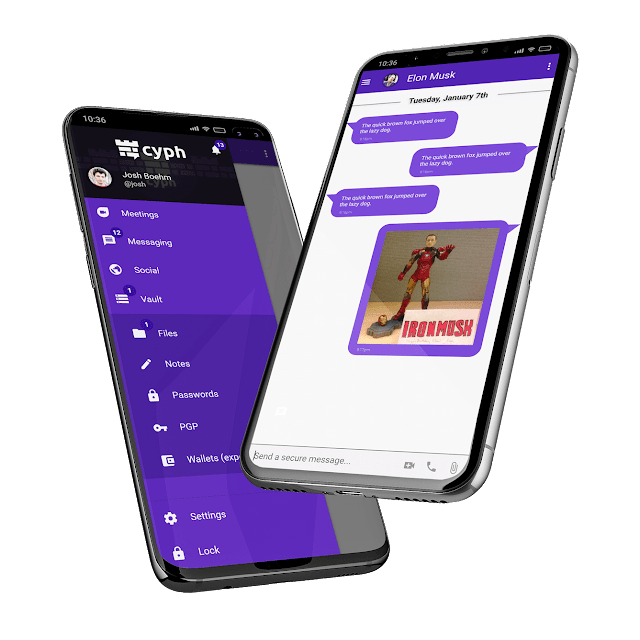 Cyph is a cryptographically secure messaging and social networking service, providing an extreme level of privacy combined with best-in-class ease of use.

Running any of these commands for the first time will build the Docker image locally, which may take a while.

Cyph is run by founders Ryan Lester and Josh Boehm, former SpaceX engineers and best friends of over 20 years who had spent many all-nighters working closely together on various software projects. Cyph was initially started through the Mach37 Cyber Accelerator, and is currently backed by the Goel Fund and Center for Innovative Technology.

Cyph was a natural project for us to start together, as we’ve always shared an interest in cypherpunk efforts to enhance individual freedom and privacy.

We spent our teens getting into programming; tinkering with Tor, Linux, and OTR encryption; and mining Bitcoin before it was cool. As adults (who regularly handled ITAR-sensitive information at SpaceX), the difficulty of communicating privately online had become a palpable thorn in our side — existing solutions were cumbersome to use, missing basic features, and not really all that secure in practice. The revelations brought to light by Edward Snowden ultimately inspired us to take this upon ourselves.

We knew there could be a better way, so we created Cyph.