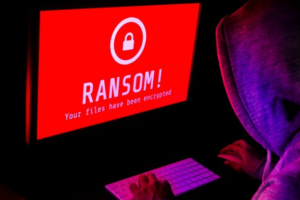 Android is the primary operating system that is currently being used all over the world. As such, it has become one of the biggest targets for hackers. As many antivirus companies continue to work diligently to develop features that can safeguard your data, the question that arises among many android users is, does Avast free protect against ransomware in mobile devices?

Some of the basic features that a good antivirus should have include;

This article will look at some of the advantages and disadvantages of using Avast free as an antivirus to protect your mobile device against ransomware.

How Safe from Ransomware is your Mobile Device with Avast Free?

Although Avast free antivirus is usually ranked among the top mobile device antivirus available in the market, the truth is that the Avast app has many disadvantages as compared to the advantages.

Although Avast mobile security offers a free version to those who do not want to upgrade to its premium version, Avast free is full of ads. These ads, as they say, are the ones that make it possible for you to use the antivirus at no cost. These ads can be very annoying as they pop up at every opportunity. The only way to get rid of these ads is by upgrading to its premium version.

Although malware scanning is the main focus of Avast free, the antivirus is known for slowing down the user’s PC. Having your PC slow down every time the antivirus is running can be pretty disheartening, especially when working on something important.

Another disadvantage of the Avast app is that it doesn’t have cloud or SD backup. Cloud and SD storage allows users to store their data without an extra hard drive. Backing up your important files, photos, and data ensures that the information stored doesn’t get lost even if you reformat your device. The Avast app doesn’t offer this option meaning that you cannot backup your data and if something happens and you lose the data, there is no way of recovering it.

The Avast mobile security has a feature that is intended to allow the user to block callers that he no longer wishes to receive their calls. However, the call blocking feature on Avast free does not work. Even after blacklisting a number, the blocked caller can still call your mobile phone without any issues.

While antivirus is supposed to protect your data from third parties, Avast has been accused of leaking users’ data in the past. In addition, many users noticed that while using the Avast app, they could not disable surveillance of their activities. Some third parties interested in buying users’ data include Google, large IT companies, and Microsoft.

A good antivirus is supposed to be able to protect your device against theft. However, it has been reported that in some cases, the anti-theft module in Avast apps does not work correctly. As such, it becomes rather difficult to track and ultimately recover your device in case of theft.

While a good antivirus is supposed to protect your data from falling into the hands of hackers, on September 23, 2019, Avast became a victim of a cyberespionage campaign. This campaign saw hackers gain deep access to Avast’s network. While the company claimed that the damage was limited, the question that arises is, if a company that is supposed to protect you from hackers becomes a victim, how safe are you?

Although Avast free antivirus has its share of advantages, the real question here is, does it give you the confidence you need as a user that your device is protected from ransomware? Before settling on any form of antivirus to install on your mobile device, it is always advisable to consider the pros and cons and then make an informed choice.

As discussed in this article, we hope you now get a clear picture of just how safe your mobile device is with Avast free antivirus.