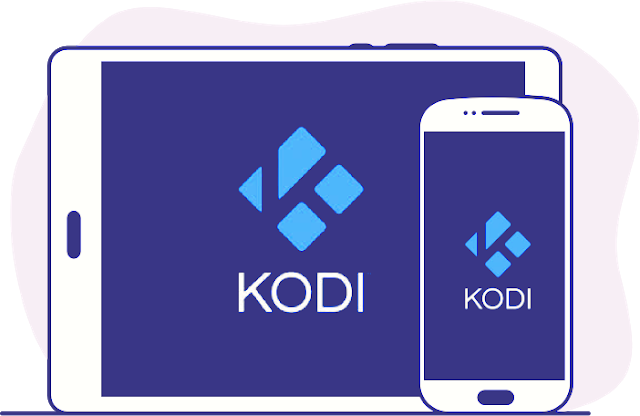 VPNs are useful for masking your identity when online. Without a VPN, you run the risk of having your data exposed to your Internet Service Provider (ISP). This is something that you should think about since your ISP has access to all of your data, including the streaming data from your streaming activities. In addition, depending on where you live, your ISP may even be able to sell your data to third parties for a profit. This is certainly the case in the US. In addition, VPNs can prevent hackers from hijacking your internet connection.
VPNs can also give you access to geographically restricted content. Using a VPN with streaming services is wise since some ISPs are known to throttle streaming activities. By using a VPN, you can enjoy streaming content without intervention by your ISP. One such streaming service is Kodi which we will explore further below.

Kodi is an open-source media player which has lots of features. It lets users play audio and video from local and online sources. It can also be installed on a variety of different devices. It can be installed on Android devices, iOS devices, Mac computers, Windows computers, and even Linux computers. You can see a more complete list of devices that the software is compatible with on the official Kodi website.
If you are streaming content from Kodi, you should install a VPN. It will protect you while you stream. Luckily, setting up a VPN isn’t difficult and we’ll show you how to set up a VPN quickly for your Kodi usage.

Installing a VPN on Kodi in 2 Minutes or Less

There are a few ways to install a VPN on Kodi but we’ll cover 2 of the simpler options. You have the choice of running your VPN from directly within Kodi, or you can install it directly on the machine you are running Kodi on. We will cover both methods.

Installing a VPN Directly On Kodi

To install a VPN directly on Kodi, you will need to install the Zomboided VPN Manager plugin. For this addon to work, you will need to be subscribed to a VPN service. There are several VPN services out there so find the best one for you and subscribe based on your preferences if you haven’t already.
To get set up with the VPN Manager, you will first need to head to the Zomboided Repo page to download the latest version of the Zomboided repository. From there, you need to download the latest version of the repository. It will be named repository.zomboided.plugins-X.X.X.zip.
You can then install this zip file in Kodi. Open Kodi, head to the Add-ons menu, and click on the icon that looks like an open box. Then select Install from zip file. From there, you can navigate to the zip file you downloaded. Select it and install it. Now, head back to the main menu that you are directed to after clicking on the open box icon.
From there, choose Install from the repository. Select Zomboided Add-on Repository. Select Services and then you will see VPN Manager for Open VPN at the top of the list. Select it and install it. After installation, open the addon. You can then enter the relevant details for your VPN provider. Make sure you run through all of the configuration options in the addon. This will vary depending on your VPN provider. After configuring the plugin, you will be protected by your VPN while using Kodi.

VPN providers usually provide apps for a wide range of platforms. You can also protect yourself with a VPN while using Kodi by using the app that corresponds to the operating system of the machine you’re running Kodi on.

You need to protect yourself while streaming online with Kodi. You can do this by either using a plugin from directly within Kodi, or you can use an app that runs on the machine you have Kodi installed on. Pick the option that suits you best and stream safely with Kodi.