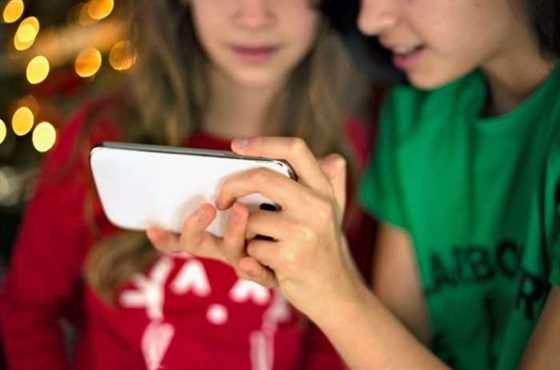 Just as pre-teens in the 1990s were warned away from dialing 1-900 numbers, kids now need to learn how to navigate social media responsibly. Kudos, an app for kids aged eight to 13 with around-the-clock moderation, positions itself as a safe introduction to social media that also teaches its young users, some of whom were born before the first iPhone was released, how to be “good digital citizens.”

Formerly headquartered in Oslo, Norway, Kudos recently moved to Palo Alto, California and is now rolling out the app in the United States. Kudos originated as a photo sharing app called Kuddle in 2014. Since then, the app has changed its name, added many new features and hired a team that includes alumni from Disney, Dreamworks, Pixar and Instagram. The startup says it has raised $5.7 million in seed funding from individual investors.

Kudos is designed for kids aged eight to 13, but its most active users are between nine and 11 years old. While some parents might question why their preteens even need to be on social media (or have access to a smartphone), co-founder and chief executive officer Ole Vidar Hestaas says Kudos wants to teach them how to communicate and stay safe online.

Hestaas, a serial entrepreneur, became interested in building a social network for kids after his son, who was then seven years old, saw his older sisters using Instagram and Snapchat. After being told he was too young to sign up for either service, Hestaas’ son asked him to create a platform just for kids.

“Like any parent, I was concerned about the potential for bullying and exposure to inappropriate content if my son used the apps that were designed for kids over 13. So when my son challenged me to create an app, I dove in head first, realizing that this was a need for all kids and could have the potential to make a huge positive impact on the way kids connect and share on social media,” Vestaas said in an email.

He adds that by sharing photos, comments and reactions on Kudos, the app can teach its young users how to communicate online. Kudos is filled with constant reminders to keep things positive. For example, comment boxes tell users to “leave a nice comment” and all groups are created by Kudos, with prompts for sharing “written in encouraging language,” says Hestaas.

The app also appoints ambassadors who model good behavior for other Kudos users. Like Facebook, kids can react to a post, but unlike Facebook, there are only three reactions and all of them are positive. The app screens content by combining 24-hour human moderation with text and image monitoring software and sends parents notifications about their kids’ activity.

All this might sound a bit cloying, but the recent success of tbh, which calls itself “the only anonymous app with positive vibes,” shows that many kids crave safer, kinder ways to connect with their peers online. For preteens, keeping things upbeat isn’t just wholesome. It’s also about safety. For example, Kudos doesn’t have a one-on-one chat in order to prevent its users from being drawn into negative conversations.

Of course, the app’s challenge is convincing children that Kudos, with its safeguards, is just as interesting as Instagram, Snapchat and the other apps they see older kids using.

Hestaas claims that “surprisingly, we can tell from reviews and user feedback that the kids themselves actually appreciate that Kudos is moderated, safer and focused on the positive experiences of sharing.” In the future, Kudos can give celebrities a place to connect with younger fans who aren’t allowed on other social media platforms yet, but will avoid advertising as it builds a monetization strategy. If Kudos succeeds in adding new features and content that keep its audience engaged, “our users won’t be as excited to sign up for Instagram or Snapchat,” Hestaas says.