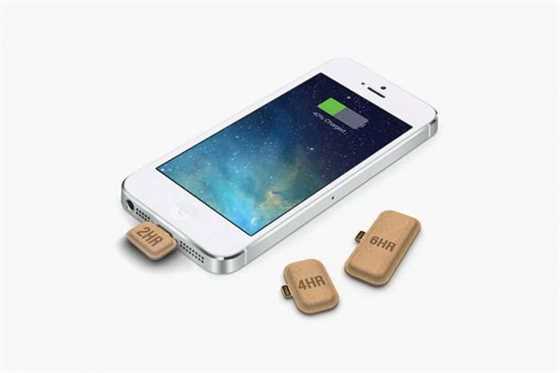 Based on paper battery technology, Mini Power will be able to be recharged and recycled at any convenience store that sells them.

It has small capacity which is just enough for urgent use, and comes in three different capacities, ranging from two to six hours of charging time.

A tiny environmentally friendly cell with a micro USB or Lightning connector attached to it, its small size makes it very convenient, and allows for it to be purchased in a long strip, where chunks of power could be torn off and used when needed.

Keep an eye out for Mini Power in the future, as I’m confident it (or a concept like it) will soon be made available.