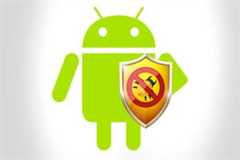 High-risk consumers are conscious that criminals are more likely than the mainstream, but many of them still have poor security behaviors, a Google survey shows.

High-risk user groups involve executives, lawmakers and their staff, campaigners, bloggers and media influencers. Those in these groups are more likely to be targeted in cyber attacks because of their jobs or online activities.

The Harris Poll was conducted by Google to evaluate 500 U.S. high-risk users; 100 in each of the five groups listed above.

The results show that 78% of high risk consumers are conscious that hackers are more likely than the public, and 65% of them are more worried about the intrusion of accounts now than they were a year earlier— primarily because their work account is threatened.

Nearly three-quarters of respondents were phished and 39% confirmed they had abused their profiles. Phishing attempts in many cases depended on personal information, such as their name or organisation, to increase the chances of success.

While about three-quarters of high-risk users think their work and personal accounts are secured, 91 per cent of whom state they have taken steps to secure their accounts, the survey shows that many have poor security trends.

More than one third of respondents agreed not to authenticate two things, and 71% used the same passwords for at least some accounts. Just half of them use a two-faktor authentication protection token, and 76 percent allow work-related correspondence via their personal email accounts, which is generally considered risky behavior.

The survey shows that high-risk users are more likely to take measures to protect their accounts because of an intrusion on a relative than because of an attack on them. Nevertheless, 60 percent of lawmakers confirmed that they made no significant changes in how to protect their finances after the 2016 assault on the Democratic National Committee, and more than half of businesses did not adjust after the Equifax breach in 2017.

Many lawmakers are worried that their job accounts are being compromised and their image as the main concern is being harmed. Nearly 2/3 of politicians think that they will not be phished, and 81% think that their work accounts are safe. Nearly half of them have a security advisor to support them protect their online accounts.

Journalists are most unconcerned with their identities being compromised and most likely believe that they will not be phished. On the other hand, the most respondents in this category of high-risk users admitted that they were phishing attacks and all high-risk user groups are least aware of best practices in securing accounts.

As for business managers, a large majority were worried with threats on their personal and job records and their personal information is the aspect that they worry the most is hacked. We are also predictably worried that an effective hack might affect their company financially adversely. Nearly three quarters of the managers who participated in the study said they were threatened and one-third had their accounts compromised.

Google published the survey results just as it announced that its Advanced Protection program enrollment process has been simplified, adding an extra layer of safety to the accounts of high-risk users using safety keys.