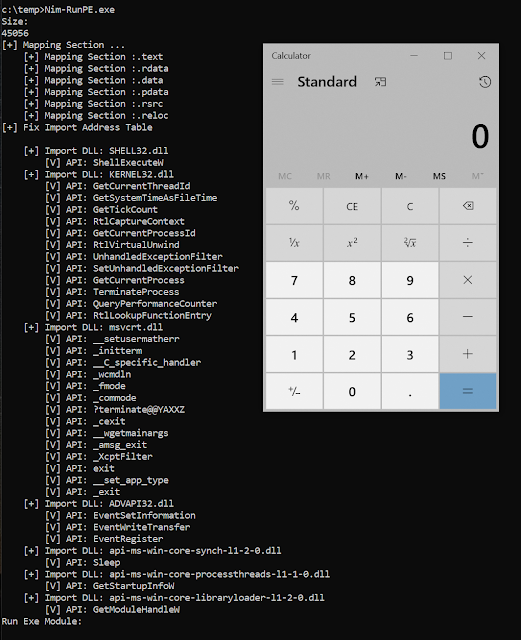 A Nim implementation of reflective PE-Loading from memory. The base for this code was taken from RunPE-In-Memory – which I ported to Nim.

I did test this with Nim Version 1.6.2 only, so use that version for testing or I cannot guarantee no errors when using another version.

If you want to hardcode custom arguments modify const exeArgs to your needs and compile with:

The technique itself it pretty old, but I didn’t find a Nim implementation yet. So this has changed now. 🙂

If you plan to load e.g. Mimikatz with this technique – make sure to compile a version from source on your own, as the release binaries don’t accept arguments after being loaded reflectively by this loader. Why? I really don’t know it’s strange but a fact. If you compile on your own it will still work: 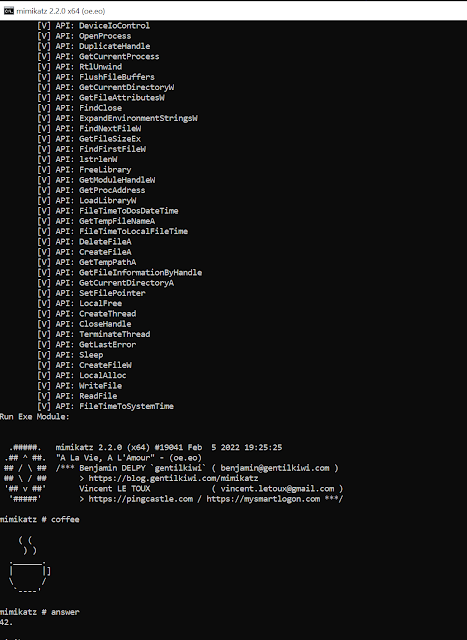 My private Packer is also weaponized with this technique – but all Win32 functions are replaced with Syscalls there. That makes the technique stealthier.