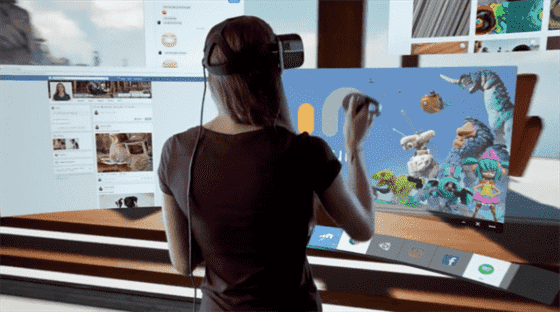 Oculus Rift has a whole new user interface that lets you customize your VR Home space and replace your traditional computer monitor with nearly-unlimited VR screenspace. Oculus Core 2.0 is rolling out in beta in December.

Dash is reminiscent of a Minority Report-style interface, where windows dangle in the air and can be moved around with the wave of a hand. Dash will let you code inside VR, but also bring along your favorite desktop experiences like Facebook and Messenger, YouTube, and Spotify.

The revamped Oculus Home lets you make your startup screen for Rift into your fantasy geek palace. You can pick all sorts of sensible or sci-fi furnishings, and even play retro video games. It all seems heavily inspired by Aech’s basement headquarters from Ready Player One.