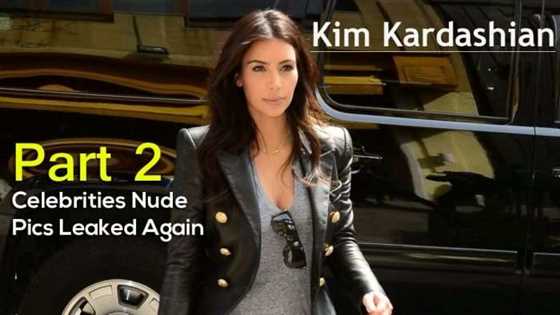 So far people have not forgotten about the recent celebrity iCloud hacking scandal, a new wave of nude photographs of celebrities have been leaked in what appears to be the second edition of the massive leak related to the celebrities intimate-images on Internet earlier this month.
Among the victims of the most recent leak were reality television star Kim Kardashian, 33, actorVanessa Hudgens, 25, and U.S. national women’s soccer team goalie Hope Solo, 33. Mary-Kate Olsen, Avril Lavigne, Hayden Panettiere, Lake Bell, Leelee Sobieski and former Disney stars Aly and AJ Michalka are other potential victims of this hacking scandal.
A video of Aubrey Plaza and previously unreleased nude photographs of celebrities included in the last leak, such as Oscar-winner Jennifer Lawrence and The Big Bang Theory star Kaley Cuoco, were also released with the recent privacy breach.
The celebrities nude-images first appeared Saturday morning on the image-sharing site 4Chan and were also posted by users on Reddit, but were quickly deleted by site administrators as part of their new copyright infringement policy.
This new release of high profile celebrities nude photographs comes just three weeks after naked photos of the Oscar winning actress Jennifer Lawrence and ‘100 other celebrities’, including supermodel Kate Upton and the American actress Mary E Winstead, were published online as part of a massive celebrity nude photo leak.
The photos were allegedly obtained from an iCloud leak that made celebrities’ phones susceptible to hacking, multiple media reported. The alleged hacked nude photos were previously posted on the 4chan thread to earn bitcoins.
After the nude selfies began appearing on the Internet, Jennifer Lawrence, a three-time Oscar nominee who won for her role in Silver Linings Playbook, contacted FBI who are conducting investigations into the apparent widespread invasion of personal accounts thought to be connected to the iCloud service.

“This is a flagrant violation of privacy,” Lawrence’s publicist Liz Mahoney wrote in a statement.“The authorities have been contacted and will prosecute anyone who posts the stolen photos of Jennifer Lawrence.”

The incident is currently under FBI investigation. Apple also investigated and had earlier this month confirmed there had been a “very targeted attack” on certain celebrities, rather than a widespread security breach affecting all users. According to the company, none of the cases it investigated suggests that Apple’s own systems were breached due to vulnerability in iCloud.
Apple’s CEO, Tim Cook, said stars’ iCloud accounts were compromised. He said that celebs were either victims of phishing attacks or had had their iCloud account hijacked because of hackers had guessed the security questions in an effort to obtain usernames and passwords.
The hackers targeted both Kardashian and Hudgens in past as well. The reality show star Kardashian was reportedly one of several stars who had personal information posted by hackers in 2013. Moreover, her sex tape with her then-boyfriend Ray J was leaked online in year 2007.
The “Keeping Up With the Kardashians” star has often shared revealing selfies and has posed nude for professional photo shoots.
Also in 2007, Hudgens was targeted in a nude photo scandal during her Disney days after starring in “High School Musical 2.” Later she also apologized for posing for the racy pics.
Source : THN
Previous ArticleYahoo Quickly Fixes SQL Injection Vulnerability Escalated to Remote Code ExecutionNext ArticleIndia creates history as ISRO’s first Mars orbiter Mangalyaan successfully enters red planet’s orbit