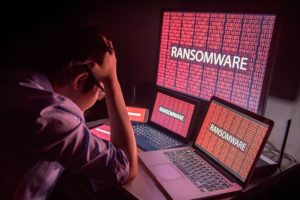 World-renowned fashion retailer; Guess confirmed over the course of the past week that some of its clients had their confidential data compromised in a brutal ransomware attack that the fashion giant first noted in February of this year.

The company filed a case with the attorney general’s office in the US state of Maine over the course of the last week, where it indicated that it was affected by a ransomware attack in February 2021.

The corporation then proceeded to look into these audacious attacks and found out that a handful of unauthorized personnel had gained access into its systems and servers and made away with some of its client’s data.

The company goes on to say that it first noted the attack on the 19th of February.  The hackers tried to encrypt the files they found on the company’s servers so that they could disrupt the day-to-day operations of the fashion giant. The hackers were also able to gain access to ‘certain Guess systems’ between the 2nd of February 2021 and the 23rd of February 2021.

As per a report by Guess, the fashion giant realized late in the month of May that the hackers had indeed gained access to confidential client data. Some of the personal data compromised included driver’s license details, debit and credit card numbers, access codes, Social security details, and client passport numbers as well.

The fashion giant filed a data breach announcement where it revealed that a total of 1304 of its customers were established to have been compromised during this rather audacious attack on its systems and servers.

Among those affected were four residents of the US state of Maine. The company reported that it began notifying those clients affected by the breach on the 9th of July.

The fashion giant went on to say that it had progressed to implement a lot of extra measures on its systems in order to boost its network security and so that it could be able to protect its servers and systems from attacks of the exact nature in the future.

A renowned hacker forum called Databreaches.net was the first to report that the data breach on the fashion giant’s servers and systems was most likely conducted by the DarkSide ransomware group. This ransomware group is noted to have also launched an attack on the Colonial Pipeline, which is the largest fuel channel in the United States.

The report proceeds to also state that the ransomware gang shut down its operations after being accosted by law enforcement agencies for launching an attack on the colonial pipeline.

The ransomware group is also said to have some of its infrastructure seized by US law enforcement agencies. However, before all this befell this ransomware gang, it had downloaded over 200 gigabytes of data from the servers of the Fashion Retailer Guess.

Some of the fashion retailer’s representatives are quoted saying, ‘we informed the law enforcement authorities in Maine, and we are cooperating with them on this investigation to catch the perpetrators’. The representatives went on to indicate that ‘we are also implementing extra security measures to prevent attacks of the exact same nature from happening in future.

In the notification letter that was circulated to all of its affected clients, the company indicated that it was in deep remorse that the hack was allowed to happen. In addition, the company asked for forgiveness from those affected for any inconvenience the hack caused them.

Apart from its clothing business, the fashion giant Guess has also gained popularity for making a wide variety of other items for both men and women, such as earrings, necklaces, bracelets, watches, perfumes, and even bags.

As of January 2021, the fashion giant is quoted to have had over 1000 retail outlets in North and South America, Asia, Europe. The company also operates a further 524 more retail outlets throughout the globe.