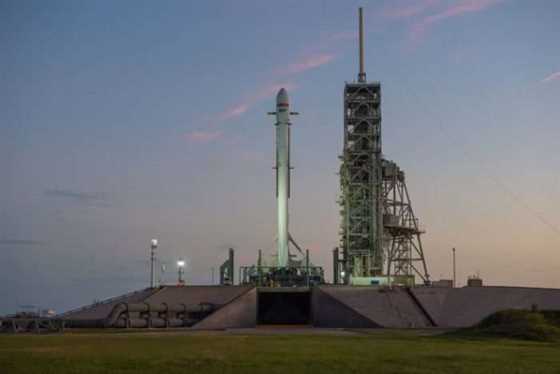 SpaceX is using another refurbished rocket this afternoon – this one is the the third Falcon 9 first stage booster that the company has refurbished and used again. This is also the second launch attempt this week, after SpaceX successfully launched a mission for client Iridium on Monday.

Today’s launch is for EchoStar and SES, a satellite with a dual purpose for both of these clients. The satellite is called EchoStar 105 and SES-11 because of its deal mission, and it’s designed to offer both C-Band and Ku-band broadcast capabilities for EchoStar and  communications for SES.

The launch window opens at 6:53 PM EDT, or 3:53 PM PDT today, and it’s a two-hour window. The live stream is likely to start above around 15 minutes prior to the launch. SpaceX will also be trying to recover the Falcon 9 first stage yet again, with a landing at see aboard its autonomous drone ship ‘Of Course I Still Love You.’