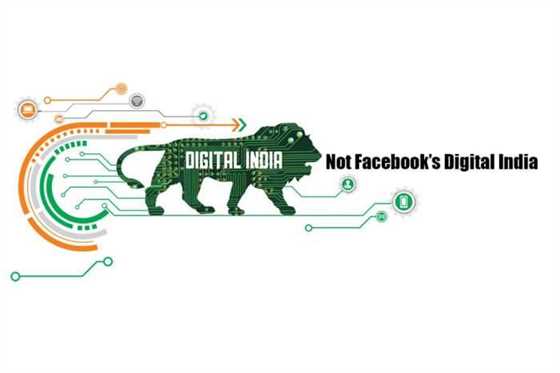 We all know that Facebook is trying very hard to bring its Internet.org to India. It was disallowed in India and to get it passed, it is now being sold as “Free Basics”. Recently, they launched a super cool looking feature to change your profile picture to one with tricolour hues. This is supposed to be your show of support to Prime Minister Narendra Modi’s Digital India initiative.

Remember, it took a number of Internet influencers almost a month to educate people about Net Neutrality and garner about a million and a half signatures against Airtel’s Zero and Facebook’s Internet.org. With a little bit of manipulation, Facebook managed to garner millions of signatures in favour of enabling Internet.org and breaking Internet.org overnight. In a response to DoT, Facebook announced that 17 million people have supported the Internet.org service. The company has published all comments received (dropbox link/via) – which was (I believe) mostly collected from its CAN’T-SAY-NO-POLLS as quoted by nextbigwhat

This blatant manipulation that Facebook is capable of is the exact reason why Internet.org is harmful for the Internet. The hidden agenda is ‘Internet.org’  – the free Internet that will kill Internet freedom and will hurt the startup ecosystem as well.

Now, you know that Internet.org is not the best thing for netizens. You may ask how? They clearly mentioned the pic as Internet.org Profile Picture.

What Really Happens When You Change Your Profile Pic?

A look at the source code and well, the profile pic is NOT for the support of Digital India, but for Facebook’s Internet.org initiative.

If you clearly observe the highlight in blue above, it says that the name given to the profile picture is InternetorgProfilePicture ie.. the Facebook’s initiative. People, without noticing this, changed their profile pictures, in effect offering support for Internet.org.

Digital India is a great initiative that will lead to a lot of opportunities in India. However, we must make sure that we support Digital India and not ‘Facebook’s Digital India’.

Previous ArticleThere’s an Indo-Pak cyber war afoot, and the governments have nothing to do with itNext ArticleCyber-war: Indian hackers hack 250+ Pakistani websites after attack on Kerala govt’s website