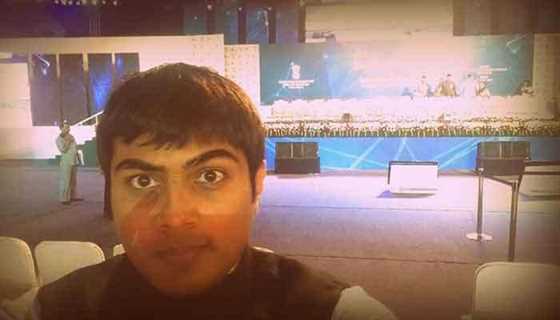 Prime Minister Narendra Modi’s “Digital India” campaign has evoked yet another controversy – this time over the appointment of brand ambassadors for the campaign.

Even as news was doing the rounds that self-proclaimed “ethical hacker” Ankit Fadia, 30, has been named brand ambassador for the initiative, a statement by the Department of Electronics and Information Technology on Tuesday morning first denied any such claim.

Curiously, an hour after the post on the government’s publicity web site, it was withdrawn. But by evening, it confirmed Fadia’s appointment, along with three others – Satwat Jagwani and Krati Tiwari, both IIT toppers, and computer scientist Pranav Mistry of Samsung USA.

In the interim, however, the “ethical hacker” was in a fix.

Fadia, who shot to fame when he was all of 15 with his book “Unofficial Guide to Ethical Hacking”, stood his ground and said the appointment letter was issued on July 1 and signed by then IT secretary Ram Sewak Sharma, now chairman of the telecom watchdog.

“Yes! I posted the certificate on Facebook yesterday. I have emails from government as proof as well,” Fadia told IANS in an SMS. The said post on Facebook alluded to his claims, pointing out that he had been retained for a period of one year to propagate products and applications.

His Facebook post also said: “Humbled and honoured to be appointed as one of the brand ambassadors to Prime Minister Narendra Modi’s ‘Digital India’ initiative.”