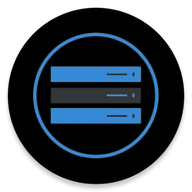 Allsafe is an intentionally vulnerable application that contains various vulnerabilities. Unlike other vulnerable Android apps, this one is less like a CTF and more like a real-life application that uses modern libraries and technologies. Additionally, I have included some Frida based challenges for you to explore. Have fun and happy hacking!

I have my Frida scripts (more like templates) in other repository. I’m sure they might be quite handy for the Frida related tasks. Check it out: https://github.com/t0thkr1s/frida

Some credentials are left in the code. Your task is to reverse engineer the app and find sensitive information.

This is purely for Frida practice. Make the code believe that you device is not rooted!

Loading modules securely with third-party apps are not easy. Write a PoC application and exploit the vulnerability!

Certificate pinning is implemented using the OkHttp library. You have to bypass it in order to view the traffic with Burp Suite.

There’s a vulnerable broadcast recevier in the application. Trigger it with the correct data and you’re done!

Similar to the insecure broadcast receiver, you need to provide the right query parameter to complete this task!

Just a regular SQL injection that you’d find in web applications. No need to reverse the code to bypass the login mechanism.

You can also complete this task without decompiling the application. Pop an alert dialog and read files!

In this task, you have to modify the execution flow of the application by editing the Smali code. Finally, rebuild and sign the APK!

The application uses a native library that validates the entered password. Reverse engineer the library to find the password then use Frida to hook the native method.