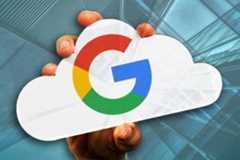 Can you guess how many users are there who access Google cloud? It’s near about 4 million! Yes, this is real, and now you can have an estimate of how many people save their confidential data on Google cloud. Further, one can also wonder about the efforts needed to keep all this data safe from vulnerabilities.

What Are Google cloud vulnerabilities?

Several risks can occur while accessing the Google cloud; after all, there is no such place, which comes free of vulnerability. One can describe it as the Windows Crypto API Spoofing Vulnerability. The motive behind such malicious executables is to attack the users by becoming trusted middlemen. Yes, this sounds haunting, but such vulnerabilities always exist there. You might think that why someone would be interested in your data, but many mischievous attackers can use it for their benefit. Many Google cloud vulnerabilities occur, but several measures are there to kick these risks out and also offer stupendous bonuses.

Each year Google decides rewards for the winners of cloud vulnerabilities. For these several years, it has increased the GCP VRP prize amount to $313,337, and that will also get divided among the six most deserving submissions. For the winner, the amount of bonus is $133,337; for the second and third place, it will be $73,331, the fourth pace will get $31,337, and the last two will receive $1,000 each.

Considerable Things to Get Into the Google Cloud Vulnerabilities Program

Google has set several parameters for the participants before getting into the cloud vulnerability competition, which is vital to know. Also, you can check out certain domains for information such as *.google.com, *.youtube.com, *.blogger.com.

Further, the researchers are supposed to fill a form before January 2021 to nominate their vulnerabilities for the prize. Moreover, the White hat hackers who are interested in analyzing the GCP products can get into this for the free tier.

One more thing which a participant needs to keep in mind before stepping into the Google cloud vulnerabilities program is that the submissions must be free write-ups to be eligible for the prize. The participant can even make several submissions, one for each write-up.

A Sneak Peak to the Past Google cloud vulnerabilities

If you would take a glimpse of the past of the Google cloud vulnerabilities program, then you will get to know that many new things. It says that Google paid out more than $6.5 million in rewards, which was double of what it used to pay in a single year.

According to Google, the GCP started to meet the motive of motivating the researchers who come forward to protect the users by finding out the bugs. These Google security tools helped a massive number of users to experience safety. 2019 became the record-break year, and the researchers decided to donate an all-time-high of $500,000 in charity. The fantastic thing to know is that this charity was five times more than the amount that Google has ever given in a single year.

A reporter of the top vulnerability affecting GCP reported through the Google cloud vulnerabilities reward program and bagged the prize of $100,000.00 in the year 2019.

If you will conclude all the information, then last year made many improvements to Play Protect to keep the android device users safe by ensuring the Google cloud storage security.

If you think you have the ability to find out the Google cloud vulnerabilities, then you can quickly get some great bonuses. Several bugs keep on emerging in the Google applications, and those are threatening for the confidential data that a user saves on the cloud. Therefore it is vital to keep these bugs away and to ensure safety.