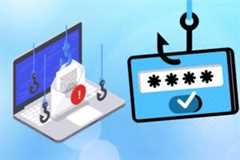 With the advent of ‘smart’ devices, which includes everything from self-driving cars, smart assistants such as Amazon’s Alexa to smart refrigerators, the modern-day internet continues to expand into the vast IoT, giving rise to a highly interconnected digital landscape.

On the surface, the interconnectivity offered by the IoT seems to be highly advantageous, and although that might be true to a certain extent, it also offers several entry points for cybercriminals to profit off of naive internet users.

Moreover, despite the 391,000,000 Google search results that come up when you type the words ‘online scams,’ for many individuals, there are still many doubts and uncertainties as far as online fraud is concerned, particularly in light of how easy it’s become to falsify reviews in Google and elsewhere.

For starters, the most basic mistake that the naive internet user is likely to make is to group together all sorts of online scams, and cybercrimes together, which results in the poor prioritization of threats. Along with the misunderstanding that all scams are created equal, the typical internet user is also unequipped with the means to identify subtler scams.

In an attempt to aid our readers in identifying an online scam while it is still in its initial stages, we’ve compiled an article that covers everything that you need to know about online scamming, along with tips to prevent them from happening, and steps that you can take in the instance you find yourself a victim of an online scam.

What Exactly is an “Online Scam”?

Up till this point, we’ve only skimmed over the details of what an online scam is. To put it quite simply, and as the name itself suggests, an online scam is a type of digital fraud. With rapid-paced advancements being made in email marketing, internet protocol technology, and web hosting performance, online scams have taken on an arsenal of forms, all of which are growing increasingly sophisticated.

How sophisticated, exactly? In a recent interview with Gary Stevens, founder of the Ottawa-based web hosting reviews website HostingCanada.org, Stevens said this: “Since 2016, we’ve seen a 381% increase in the sophistication of online scams routed through most Canadian web hosts. Not only are they increasing in frequency, but also in sophistication.”

Having said that, the pivotal focus of an online scam is to leverage an individual’s personal information for financial gains. Typically, the stolen confidential data is utilized by cybercriminals to trick people into giving them money.

Perhaps the least sophisticated online scam out there, email money online frauding schemes rely heavily on the naivete of its victims, to fall into the hackers’ poorly constructed web of deceit.

One of the most common examples of the email money scam is the ‘Nigerian bank scam,’ which sends potential victims emails, or messages, which usually leads to some sort of advanced-fee fraud taking place. Fortunately, however, despite how persistent the Nigerian 419 scam is, one need only look out for the many red flags to avoid it.

One of the defining characteristics of an online scam is that they usually propagate in every aspect of an individual’s life, including friendships, which as it turns out, offer an excellent medium to further spread the scam.

We’ve all been in situations where we’ve received an urgent message on Facebook Messenger from a distant relative, or acquaintance expressing a grave situation that they’ve landed themselves in, and how they need financial help from you. Unlike the email money scam, people are more likely to fall for a message from a compromised friend, since they think that they’re helping an acquaintance in need.

As technology steers itself forward at lighting pace, cybercriminals all over the place have taken to creating increasingly sophisticated and complex scamming schemes. One such example is when online scammers scour through your social media platforms, along with the sensitive information that they’ve stolen, to create a specific problem in an attempt to coerce an immediate payment. Typically, the problem may involve a family emergency or an alleged debt that needs to be paid off immediately.

Why Do Individuals Fall for Online Scams?

From what we’ve described so far, some of our more cynical readers might be wondering why people fall for online scams in the first place. Some of them, such as the Nigerian 419 scams, have several tell-tale signs that make avoiding the scam a piece of cake.

Despite the multiple red flags that an online scam might display, individuals fall prey to online fraud schemes, simply because these scams are designed in a way that enables cybercriminals to prey on the natural human inclination to seek gain.

Simply put, an online scam works because it targets individuals’ emotions, rather than their logic. For an online scammer, the task is quite simple- all they have to do is come up with an offer that is too good to be true, or a situation that leverages someone’s weakness and makes money off of it.

In addition to preying on our innate human tendency to seek gain and avoid loss, these online scams also target the instinctive choices that we make. Some of the most common examples of this are the fear of missing out, where we’re promised a huge reward but only if we act instantaneously. Similarly, there’s loss aversion, which has an individual act quickly to avoid facing bigger losses later.

How Do Online Scammers Discover Their Victims?

As is the case with most scams, whether they be online or not, scammers rely on an arsenal of ways to wreak damage on their victims. Some of the most popular ways through which online scammers lure their victims include the following:

The most common way through which online scammers launch their deceiving schemes is through email phishing. Phishing refers to cybercriminals sending emails containing a malicious link to a fraudulent website, which is typically disguised as a banking or e-commerce site, which tricks the victims into giving their financial details.

Similar to email phishing, mobile phishing focuses on getting potential victims to download malware on their mobile devices. The malware then works in the background, to snoop around and collect sensitive information of the victim, including financial details.

Another popular way for cybercriminals to launch their online scams is through fake software, which is also referred to as scareware. While browsing, potential victims receive a pop-up window indicating that their device has been infected with a virus. Once users click on a link to remove the infection, the scareware installs malware on their device, which allows the scammer to harvest confidential information for their monetary gains.

Sometimes, popular social media platforms can also house online scams, which encourages users to click on a malicious link. Furthermore, since people are very forthcoming with their personal information on social media platforms, they can also be highly susceptible to identity theft, and socially engineered scams.

Can Online Scams Be Avoided?

Despite seeing a spike in both popularity and complexity, individuals can still avoid online scams, by taking a couple of simple steps, which consist of the following:

What Steps Can You Take Once You’ve Fallen Prey to An Online Scam?

In the unfortunate instance that you’ve fallen victim to an online fraud scheme, the first and foremost step that you need to take is to report the scam.

We’d suggest that you report it to a legitimate organization such as the FTC or the Internet Crime Complaint Center (IC3). They may be able to point you toward reputable data recovery services, but it’s hard to say whether or not they will be able to fix all the damage that’s been done.

Moreover, if you notice any suspicious credit/debit card transactions, contact your bank and ask them to reverse any fraudulent charges.

In cases where you suspect that your devices have been infected with malware, run an antivirus and antimalware software, along with changing all your passwords to protect any further sensitive information from being compromised.

Last but certainly not least, notify all your friends and family about the scam, so as to prevent the scam from propagating any further than it already has.

At the end of the article, we can only hope that we’ve gotten the basics of spotting an online scam down for our readers. As scammers employ a variety of complex techniques to deceive innocent people, we’d like our readers to realize the significance of taking their privacy seriously, and taking the aforementioned steps to stay safe online!

cybersecurityhackercombat
Previous ArticleTerrier – A Image And Container Analysis Tool To Identify And Verify The Presence Of Specific Files According To Their HashesNext ArticleIs Zoom Safe to Use?
Send this to a friend