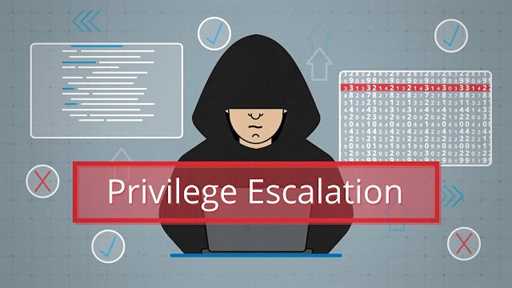 This script aims to enumerate common Windows security misconfigurations which can be leveraged for privilege escalation and gather various information which might be useful for exploitation and/or post-exploitation.
I built on the amazing work done by @harmj0y and @mattifestation in PowerUp. I added more checks and also tried to reduce the amount of false positives.
It’s still a Work-in-Progress because there are a few more checks I want to implement but it’s already quite complete. If you have any suggestion (improvements, features), feel free to contact me on Twitter @itm4n.
Usage
Use the script from a PowerShell prompt.

Display output and write to a log file at the same time.

Use the script from a CMD prompt.

Import the script from a web server.

Yet another Windows Privilege escalation tool, why?
I really like PowerUp because it can enumerate common vulnerabilities very quickly and without using any third-party tools. The problem is that it hasn’t been updated for several years now. The other issue I spotted quite a few times over the years is that it sometimes returns false positives which are quite confusing.
Other tools exist on GitHub but they are not as complete or they have too many dependencies. For example, they rely on WMI calls or other command outputs.
Therefore, I decided to make my own script with the following constraints in mind:

Addressing all the constraints…

I have no merit, I reused some of the code made by @harmj0y and @mattifestation. Indeed, PowerUp has a very powerfull function called Get-ModifiablePath which checks the ACL of a given file path to see if the current user has write permissions on the file or folder. I modified this function a bit to avoid some false positives though. Before that a service command line argument such as /svccould be identified as a vulnerable path because it was interpreted as C:\svc. My other contribution is that I made a registry-compatible version of this function (Get-ModifiableRegistryPath).

When possible, I naturally replaced them with built-in PowerShell commands such as Get-Process. In other cases, such as netstat.exe, you won’t get as much information as you would with basic PowerShell commands. For example, with PowerShell, TCP/UDP listeners can easily be listed but there is no easy way to get the associated Process ID. In this case, I had to invoke Windows API functions.
You can get a looooot of information through WMI, that’s great! But, if you face a properly hardened machine, the access to this interface will be restricted. So, I had to find workarounds. And here comes the Registry! Common checks are based on some registry keys but it has a lot more to offer. The best example is services. You can get all the information you need about every single service (except their current state obviously) simply by browsing the registry. This is a huge advantage compared to sc.exe or Get-Service which depend on the access to the Service Control Manager.

This wasn’t that easy because newer version of PowerShell have very convenient functions or options. For example, the Get-LocalGroupfunction doesn’t exist and Get-ChildItem doesn’t have the -Depth option in PowerShellv2. So, you have to work your way around each one of these small but time-consuming issues.