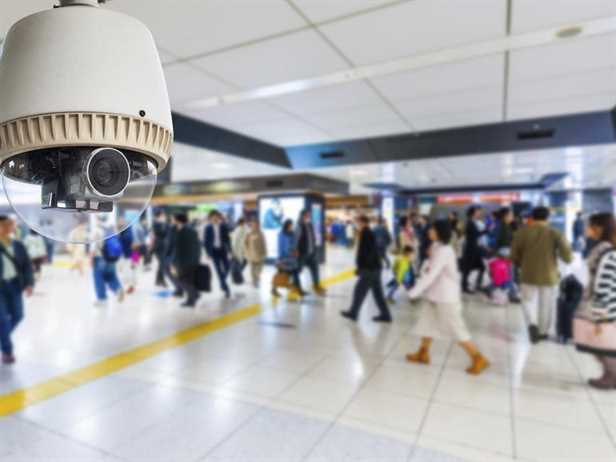 As the global coronavirus (COVID-19) outbreak is leaving its mark across the world, at least four governments are deploying or at looking at implementing privacy-intrusive surveillance systems to track citizens and the disease’s spread.

Countries like China and South Korea have already deployed extensive citizen tracking systems, while Israel and the US are preparing similar surveillance measures.

Of all, China leads all countries when it comes to the tracking measures it has currently in use and aimed at dealing with the coronavirus outbreak. Many had been in place for years, such as the Great Firewall, or its ubiquitous street surveillance system. Others, like the Health Code color system and the Hong Kong tracking bracelets, have been stitched together just for the COVID-19 outbreak.

All these systems have been at full throttle ever since the start of the year. Beijing’s giant army of censors has used its complete and unhindered control over the Chinese internet and its tech companies to command the local and external narrative surrounding the disease — although with some mixed results.

In the pandemic’s initial stages, censors removed any mentions of an outbreak. Later, as the problem couldn’t be ignored, censors started removing all posts or images that critiqued the central government for its late reply in recognizing and dealing with the crisis.

But the biggest role in the Chinese state’s surveillance apparatus was played by its almost universal street camera system. First deployed following the Beijing 2008 Olympics, this system has been expanded all over the country’s main metropolitan areas and has even been recently upgraded with facial recognition capabilities.

Chinese authorities have been using this system to catch, shame, and fine citizens going outside without face masks and even used it to identify and quarantine individuals who showed symptoms.

But the Chinese government has also been investing in new systems. For example, the local government has introduced a new scheme called Health Code, which, according to the Guardian, is currently being deployed in over 100 cities.

The system allegedly works by scraping a user’s Alipay or WeChat account history and mapping a user’s travel history. It then weighs other factors like the time spent in outbreak hotspots and if the user had contact with other citizens deemed potential carriers of the virus, and then assigns a health color code.

The system leverages the vasts quantities of mobile data and geo-location points Chinese tech companies have been collecting to map infection hotspots and then triage China’s population based on their previous interactions.

But if this system seems intrusive, Chinese authorities are taking it one step further in Hong Kong, where they have been using wristbands to track infected locals.

According to a Fortune report, all persons infected or quarantined in their homes were assigned a wristband they had to wear at all times. An older version of this wristband worked paired with a user’s smartphone. If the user left his home (quarantine), turned off his phone, removed the bracelet, or the bracelet owner moved too far from his phone, an app on the device would alert the Department of Health, who’d issue a major fine in the owner’s name.

The system apparently worked very well, because it received an upgrade this week. According to reports, a new version of the bracelet comes with a built-in GPS tracker to keep tabs on locals wherever they are. Furthermore, the program has been expanded to all travelers as well. If the traveler ventures into an infection hotspot, or has contact with a quarantined or infected local, then the traveler is placed under quarantine as well, all with the data received from the bracelet.

A similarly broad surveillance mechanism was also leveraged in South Korea. According to a report, the Seoul government has heavily relied on CCTV footage, bank card records, and mobile phone data to deal with the outbreak, with extremely good results.

Per reports, the government combined the three data sources to re-trace the steps of all initially infected citizens and then test all the persons they came in contact, aggressively cracking down on infection hotspots before they exploded to envelop the entire country.

The Israeli government, which is currently dealing with the early stages of a COVID-19 outbreak, is now working to employ a similar system to the one used in South Korea.

According to Haaretz, the Israeli government passed this week an emergency law that would grant police and the Shin Bet security service access to the entire country’s cellphone location data.

Local authorities say they plan to use this information in the same way to South Korea and track down the persons that had contact with known infected hosts, and then notify them via SMS about the next steps they must take.

The Tel-Aviv government also plans to use this cellphone surveillance system to make sure infected users do not leave their quarantine.

The government’s decision has not been welcomed with warmth by the Israeli population, though. Many are now fearing that the government may never give up the power it has now granted itself — the power to track every citizen’s location in real-time.

And discussions on a similar measure are currently also underway in Washington. According to the Washington Post, the White House held meetings last week with Google, Facebook, and several telcos on the topic.

Per reports, the Trump administration wants to know if there a way through which it could gain access to the cellphone location data of all Americans in order to track the spread of COVID-19.

However, things are moving slower in the US, where the White House fears the immense pushback to any Israel-like emergency law, pushback that would come from all sides, such as privacy groups, political rivals, the general public, and the tech companies and telcos themselves.

As some privacy groups and news outlets have already pointed out this week, most countries who have set up surveillance systems in the past have rarely taken them down after their initial purpose has ceased to be an issue, with the US and China being the best examples.

So far, technology has failed to play a role in preventing the coronavirus pandemic, and the virus may end up helping some unscrupulous governments set up surveillance systems that will live years after the current outbreak has died down.