Is it a violation of the flag code to have the Indian flagas your display picture on social networking sites such as Facebook and Twitter and on messenger apps such as WhatsApp? Even if it is not the display picture, can one demonstrate one’s love for the country by posting a picture of the flag online?These questions have been bothering quite a few Indian’s, especially young ones, as Independence Day draws near. They want to put up the picture of the flag online, but a message that went somewhat viral on Monday calling upon them not to do so as it would be in contravention of the law has made them hesitant. Some of them who had already put up the picture on Monday took it off after receiving the message.However, legal experts say Indians are allowed unrestricted display of the flag and they can post it as their display picture or even otherwise online if they want.Pratik Mane, a student and resident of Belapur, said the message he received on social media said that “using Indian flag (sic) as entity or group symbol, icon or in any form of title representation is illegal under the Prevention of Insults to National Flag Act, 1971.”Mane had already put up the flag as his DP or display pic, but took it off as he was “concerned that I might land in trouble.”The message circulating on social media also clearly stated that the Indian Constitution did not allow anybody to use the tricolour as a profile picture or to stitch it or paste it anywhere. 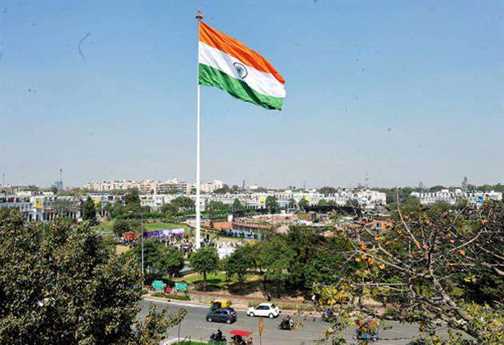 Bharat Samant, a resident of Koparkhairne, wanted to put up the flag online but desisted from doing so after receiving the message. He also forwarded the message to many of his friends in the hope that someone would clarify the legal position. “As an Indian citizen, I was looking forward to displaying my patriotic side, but the message has made me wary,” he said.Legal experts said Indians were free to use the flag. They would not foul of the law, unless the flag were defaced or derogatory things written on it.Advocate B M Birajdar said the Supreme Court had said that there should be no restrictions on citizens who wished to express their patriotism by displaying the national flag.“The Flag Code of India 2002 permits unrestricted display of the tricolour, consistent with the honour and dignity of the flag,” he said. The new flag code came into force after a PIL filed by industrialist Naveen Jindal.Commander K V Singh, CEO of the Flag Foundation of India, said the message on social media was misleading. “The flag code of 2002 supersedes all the previous acts, and there is no prohibition on displaying the tricolour as a means of respect,” Singh said.