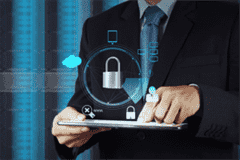 Nowadays, cyberattacks are very common — you can read an attack or breach story every day. Though the cybercriminals may attack one of the organization’s devices, their end goal is to gain access to the corporate network — mostly. The reason being they can easily compromise and gain access to other devices if they can compromise the network. And they use advanced methods to do it.

Whenever attackers or hackers are able to compromise your corporate network, they try to find critical data or useful resources for advancing the attacks. In this process, they opt for a technique known as Network Lateral Movement. If you and your organization’s security team can detect and filter this technique, you will be better equipped for network-based or network-targeted threats. That said, it brings to the question: what is Lateral Movement? Let’s find the answer.

What is Network Lateral Movement?

Lateral Movement refers to the set of techniques used by cybercriminals or threat actors to systematically move through a computer network. These techniques — or Lateral Movement — help them speed up their search for sensitive assets or data on the network.

“Lateral Movement consists of techniques that adversaries use to enter and control remote systems on a network. Following through on their primary objective often requires exploring the network to find their target and subsequently gaining access to it. Reaching their objective often involves pivoting through multiple systems and accounts to gain. Adversaries might install their own remote access tools to accomplish Lateral Movement or use legitimate credentials with native network and operating system tools, which may be stealthier,” per MITRE ATT&CK.

That is, it is a means to an end — the means to identify, compromise, and exfiltrate important assets or data. The cybercriminals use various methods and tools to gain access or privileges, move laterally (between available apps and devices) and map the network, identify probable targets, and get their hands on the prize — your organization’s sensitive data. Lateral Movement helps them in this process, and it becomes worse if they get administrative privileges.

The reason being cybercriminals use advanced malicious tools — which along with administrative privileges — help them hide or mask Lateral Movement. Their activities might look like normal network traffic to the security teams until they have the advanced skills to detect and differentiate malicious traffic.

Nowadays, it is common to hear about cyberattacks, breaches, or data leaks every day, unfortunately. That is why it is of utmost importance that security teams be better prepared to accurately detect and block Lateral Movement. It helps to contain cybercriminals or malicious actors and limit their agenda of compromising devices within your corporate network. But how to do it?

How to Detect Lateral Movement?

Since you now know the basics of Network Lateral Movement, let’s get to know the best methods for detecting it, thus allowing you to prevent it later.

The excess of security alerts — or false positives — is a harsh reality, causing the security analysts or teams to avoid or skip the types of alerts generated due to Network Lateral Movement attacks (for example, policy violations). These alerts may seem insignificant or negligible as they are common alerts that do not indicate a security breach — necessarily. This makes the security teams ignore such alerts or mark them okay without doing any further investigation.

Your security products must-have features and be configured to minimize false positives. Then, the security teams should be trained to differentiate between an insignificant alert and a genuine alert indicating an attack or breach.

The security teams should fully understand your corporate network before an attack to detect an attack or breach activity. Packet Analyzer or Packet Sniffer tools help the analysts understand the network: the communicating devices, their identification and location, their communication mechanism, etc. This helps them identify any unusual network activity such as a cyberattack.

Also, the security analysts must know and understand the various methods and tools utilized by the cybercriminals. It helps them understand their behavior, which assists them in detecting and blocking Lateral Movement attacks. An actual way to understanding your network end-to-end would be to actually simulate hacker’s movement that will map the vulnerabilities he can exploit your network

The security teams must perform threat hunting on a regular basis since it helps them detect Network Lateral Movement. The reason being it allows the security teams to investigate all network activity and identify network anomalies which may get unnoticed by other detection methods and technologies. As it is told above, most of the detection tools avoid alerting about potential attacks or the security teams may not notice the alerts, thanks to the generated noise.

That is why threat hunting is an effective strategy to truly differentiate the network activity out of Network Lateral Movement than the activity due to your business. But then again, it must be performed regularly on your organization’s network. And if required, the process may be automated using a threat hunting automation tool along with the partnership of human security analysts.

Lastly, here is an experimental tip:

“the best defense mechanism to neutralize this attack method is by correlating data from various sources to reveal the structure and perpetual attack patterns. In this paper, we proposed a framework for lateral movement detection based on pattern risk scoring. Users are segmented into clusters and each cluster were assigned a profile. The user who breaches the profile is given a score rating subject to the relationship and accessing patterns. The user with high score is quarantined while low score user is monitored. Any outgoing traffic from the users is temporarily hold whilst the server verifies the destination address,” according to Proposed Framework for Network Lateral Movement Detection Based On User Risk Scoring in SIEM published on IEEE Xplore.