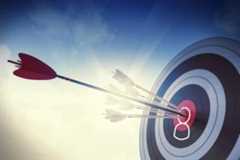 Nowadays we live in the era of rapid technological development, where the profession of a programmer becomes more and more popular every day. Because of that, many people are interested in which programming language experts will be able to succeed in 2020.

Modern programming is divided into many areas, such as system programming, game development, mobile application design, web programming and others. Therefore, when choosing a programming language, it is necessary to take into account not only their popularity and prevalence, but also their usage. Furthermore, if you want to deepen your knowledge in this sphere on your own, you need to pay attention to the popular languages and their scope.

So, let’s take a brief look at the most common programming languages.

Java is one of the most popular languages today. Despite the fact that it was released back in 1995, it is widely used for mobile app and game development, in particular for Android and for commercial software.

The biggest plus of Java is that it’s in the top of the highest paid programming languages so far. According to recent reports, 9 million developers and more than 7 billion devices on a global scale use Java.

So, let’s summarize the benefits of Java:

Unfortunately, Java has presence of code that does not directly describe the logic of the program, but which must be written, so it takes time.

Python continues to become more and more popular within programmers today. According to some reports, Python is the only programming language that has shown a steady upward trend over the past five years.

The great advantage of Python is its simplicity, which helps to write code quickly and without difficulties. Moreover, Python is a common language; therefore, it can be applied in many areas.

Well, let’s look at the positive aspects of studying Python:

However, it also has its disadvantage: it does not have access modifiers (protected, private and public) that could protect the code from unnecessary intervention.

The number of Java Script users has grown rapidly in recent times. Today, it occupies the first place in popularity, according to a survey among programmers in 2019.

Java Script is an object-oriented language with many libraries and frameworks. It is responsible for creating interactive, dynamic web pages, including features such as animation and scaling.

Let’s take a look on Java Script drawbacks. There is too much freedom in writing code and it is easy to make a mistake, because there are no strict rules, there is no verification at the compilation stage, there are no types, etc. In addition, it has Poor security and inability to hide code.

C# is a simple language for developers who already know some languages, especially C++ or Java. C# was released in 2001 and still shows a positive trend in development, in a growing number of users and improving support. C# is an object-oriented programming language developed by Microsoft.

C++ quickly became popular among novice programmers around the world, as it is often the basis for learning other languages. C++ is a programming language that has benefited technology development for over 30 years.

Google Chrome, Photoshop, PDFReader, and many other equally well-known applications are written in C++. In addition, professionals in C++ work in such large companies as Google or Facebook.

What are the benefits of C++?

One of the drawbacks of C++ is the presence of complex syntax constructions that are sometimes even difficult to read. In addition, if high performance in the application is not required, C++ is not needed, since simpler languages can be used.

We examined the most common languages ​​that will be in demand in 2020. There are also many other languages, such as PHP, Swift, and others, which we also recommend you to familiarize yourself with in the near future.

Remember, when choosing a language, do not forget to give answers to these questions:

However, no matter what language you choose you should know that every mentioned language is popular and has obvious advantages that will help you create great code for your projects!