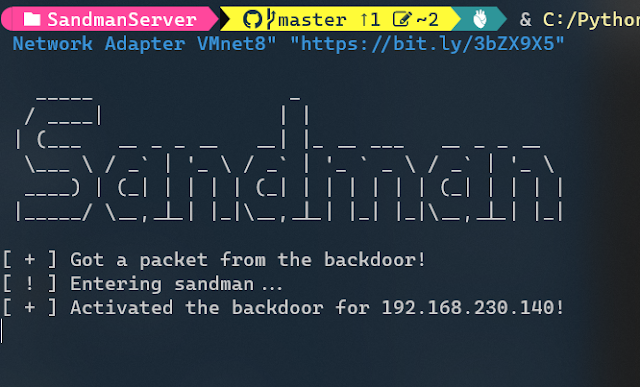 Sandman is a backdoor that is meant to work on hardened networks during red team engagements.

Sandman works as a stager and leverages NTP (a protocol to sync time & date) to get and run an arbitrary shellcode from a pre-defined server.

Since NTP is a protocol that is overlooked by many defenders resulting in wide network accessibility.

To start, you can compile the SandmanBackdoor as mentioned below, because it is a single lightweight C# executable you can execute it via ExecuteAssembly, run it as an NTP provider or just execute/inject it.

To use it, you will need to follow simple steps:

NOTE: Make sure you are compiling with the x64 option and not any CPU option!

To compile the backdoor I used Visual Studio 2022, but as mentioned in the usage section it can be compiled with both VS2022 and CSC. You can compile it either using the USE_SHELLCODE and use Orca’s shellcode or without USE_SHELLCODE to use WebClient.

To compile the backdoor I used Visual Studio 2022, you will also need to install DllExport (via Nuget or any other way) to compile it. You can compile it either using the USE_SHELLCODE and use Orca’s shellcode or without USE_SHELLCODE to use WebClient.

Thanks to those who already contributed and I’ll happily accept contributions, make a pull request and I will review it!